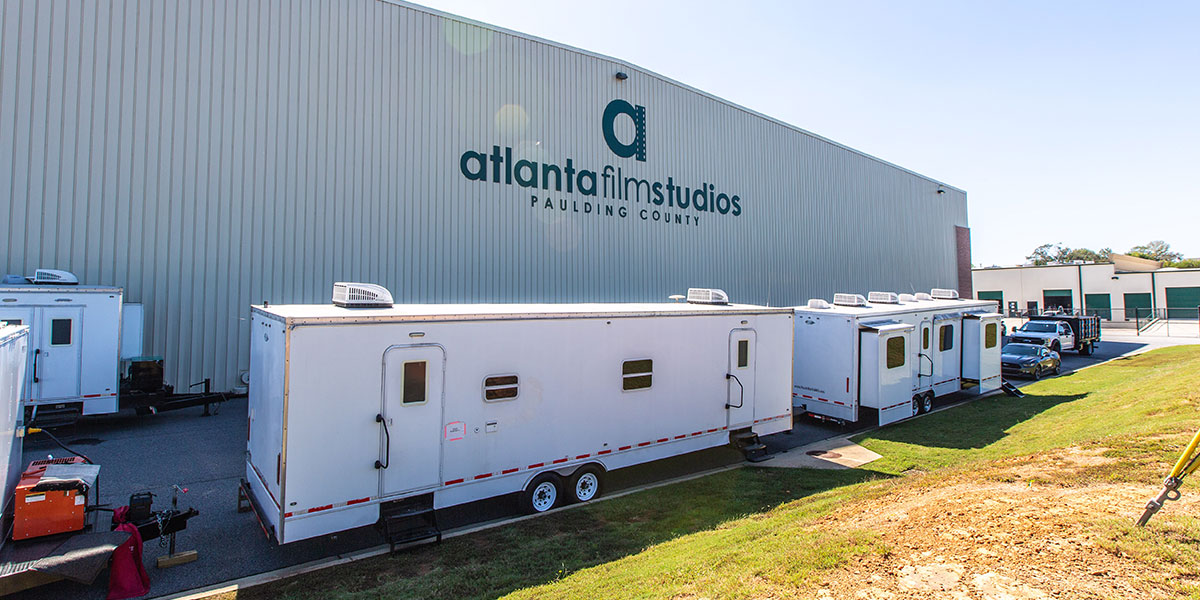 A company that has been producing the TV show “Saints and Sinners” in Hiram since last year now owns the building where the show is created.

The company approved a contract in mid-July with the building authority to buy Atlanta Film Studios Paulding County in Hiram after months of negotiations, authority member David Carmichael said.

Swirl CEO Eric Tomosunas earlier this year said the company has been renting the studio in Hiram for production of “Saints and Sinners” since July 2018.

“Our intention is to be here for awhile,” Tomosunas said in March. “It’s a great ancillary (facility).”

He said he has known about the Hiram studio since 2013 and his company considered financial involvement with it but was “never able to make it work” until now.

Tomosunas has worked in the film industry since the early 1990s. He founded Swirl Films in 2008 in Wilmington, North Carolina.

He then joined with Leslie Glenn Chesloff of UP TV in 2014 to form the production company Swirl Entertainment Group and relocated to Atlanta, according to film industry business news magazine Variety.

Tomosunas said Swirl planned to relocate its offices from the Brookhaven area to the Hiram facility.

Swirl bills itself as “one of the industry’s leading providers of urban content production and programming.”

The company creates much of its own content in partnership with cable networks like UP, Lifetime, Hallmark, TV One and others. It produces 16 to 24 episodes for TV series and at least six movies for TV annually, he said.

Swirl has a long list of productions for TV such as the movies “Bobbi Kristina,” the series “For Richer or Poorer,” and the UP TV original movies “The Perfect Summer,” “Love Letter” and “Marry Me for Christmas.”

The Industrial Building Authority purchased the bank-owned building and property in 2011. It then built two 20,000-square-foot sound stages and renovated the existing building into mill space for set construction and offices for post-production editing.

The studio facility began operations in 2012 amid the initial push to film in Georgia after its state tax credit was approved.

It has been the location or production facility for a variety of movies, including the Jackie Robinson biopic “42,” and the 2015 remake of the classic comedy “Vacation.”

TV shows produced at the facility include the pilot episode for AMC’s “Halt and Catch Fire” and TruTV’s reality competition show “Fake Off.”